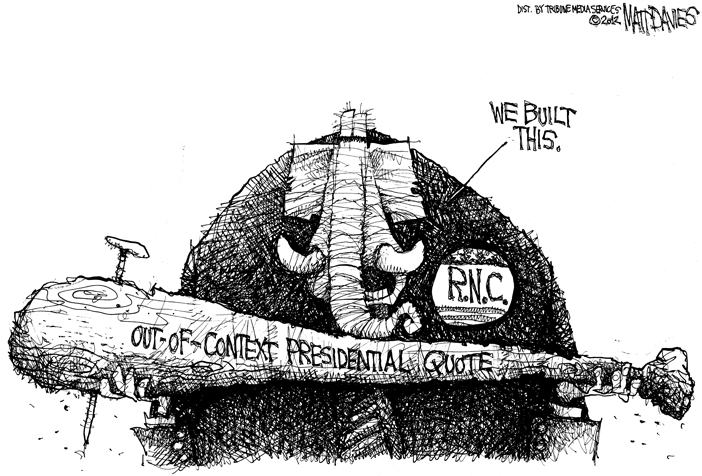 This entry was posted in Uncategorized and tagged 2012, Republican Convention, RNC< Republican National Committee, We Built This. Bookmark the permalink.

One Response to Join The Club